Sourcing of Amazon Products From Pakistan 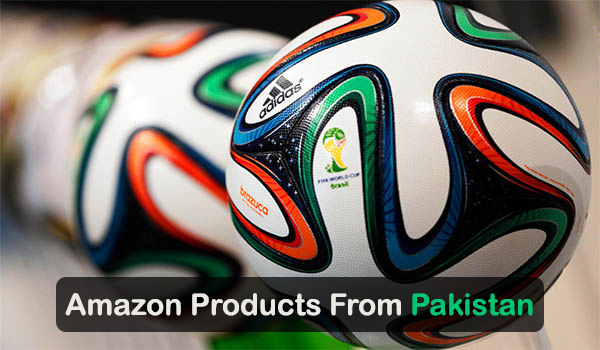 Pakistan is a rapidly developing country and is a member of the Next Eleven group – these are eleven countries that, along with the BRICs, have a huge potential to become one of the world’s largest economies in the 21st century.

In recent years, the structure of Pakistan’s economy has changed from a mainly agricultural one to a strong service base one. Other important industries include clothing and textiles, food processing, chemicals manufacture and iron and steel.

Pakistan’s cement industry is also fast growing mainly because of demand from Afghanistan, Dubai and other countries that have a burgeoning need for materials to build the booming real estate sector. The textile sector forms part of an important industrial sector where exports are growing at a rapid rate. Pakistan is one of the largest exporters of textile products in Asia.

While e-commerce has become a regular part of life in developed countries, its roots are only now beginning to develop in countries like Pakistan, which is one of the fastest emerging e-commerce markets in the Asia region. The increase in the level of trust from global online groups is an indicator that showcases the talents of the Pakistani youth. The great deal of interest from the Pakistani public in using e-commerce in their everyday lives is proving to suggest that, in the near future, it is likely to hold a significant share in Pakistan’s economy.

2013 was a big year for e-commerce in China and in Pakistan. In the latter, there are many people who are trying to establish their own e-commerce platforms for shopping and consumer facilitation because of the great deal of interest from the public.

Over the years, we have seen many small startups that have primarily focused on online marketing and have started to sell their products online. They have become popular among the masses via social media. There is no reason why Pakistan can’t take part in tomorrow’s digital future.

In terms of the monetary responsibility that an Amazon seller is faced with, wages in Pakistan are considerably lower than most manufacturing hubs around the globe. The operational costs per month for a factory worker is stated to be $134.00 (USD), which means that it is considerably less than ulterior options. This figure is $224.00 less than it would cost an entity per month in China. This equates to a near 60% differential between the two.

Although Pakistan has experienced an increase in wage growth, the bigger picture has not skewed the cost-reductive reputation of the country. Nine years ago the country endorsed a slow but gradual increase of the Pakistani domestic minimum wage. Workers received raises during the years 1998-2008 of nearly 600 rupee annually (topping out at 6,000 PKR per month). That meant workers were only making $57.00 per month.
Today, wages have nearly doubled thanks to a new pay structure that allots a certain wage standard based on geographic location. The provinces of Punjab, Sindh, Khyber Pakhtunkhwa, Baluchistan and IC now require a minimum wage of 14,000 PKR. However, for the foreign investor, this is very affordable. Further, the average worker would still be making $230.00 less than it would in a manufacturing powerhouse like China.

We’d like to thank you for visiting our site and taking a moment to read our blog entry.

Expert Amazon consultant and co-founder of a consulting agency that helps sellers launch and grow on Amazon. During my consulting career, I have launched and managed 7-figure Amazon FBA businesses of all kinds. Many of the products under my management have reached the #1 Best Sellers Rank (BSR) on Amazon.com. Currently the lowest-priced Amazon expert on Clarity, my main goal is to help and empower people to start their own Amazon businesses. I equally enjoy advising established Amazon sellers and seeing our conversations turn into growth and results. I'm also an expert in international marketplaces, e-commerce shipping & logistics, product sourcing, ODM manufacturing, and more

Benefits of Kitting and Bundling

What is Kitting and Bundling? Product bundling simply refers to having multiple products in one listing. It is the process of pairing...

The reality is that more than any other time in modern history, the marketing playing field has leveled. Because of this, even new...

Q4 is approaching. End of year sales are around the corner. That means sellers, as well as vendors, have to jump into action to make...

As an entrepreneur, you get pulled in many directions. It is easy to get distracted by tasks that need attention...

The best e-commerce businesses understand that not every product should be treated equally. The Pareto...